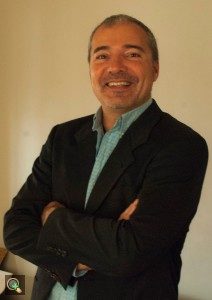 In February I received the resignation of Roger Lloyd, who has been the Chief Executive of Choirs Aotearoa New Zealand Trust for approximately five years. Over this period Roger has endeavoured to raise the public profile and appreciation of our two national choirs – the New Zealand Youth Choir and Voices New Zealand Chamber Choir – through social media and in-house publications. Using his experience leading other major music organisations, he has introduced a professional arts culture into Choirs Aotearoa’s management and has striven to support the artistic vision of our organisation.

Some personal highlights for Roger include the Mozart Requiem performance by Voices NZ and Orchestra Wellington in Wellington Cathedral in June 2012 and the joint recital ‘Ata Riera’ by our choirs in the Auckland Arts Festival last year. As with the tour to North America in 2013, Roger has been the architect of the upcoming NZ Youth Choir European Tour in July this year. The Trustees greatly appreciate the contribution Roger has made over the last five years. He will leave the organisation in very good shape on 27 May.

. Arne has secured this position after a thorough and well contested process which attracted over 20 high calibre applications. We were generously supported in the recruitment process by JacksonStone & Partners. Arne will commence his Chief Executive position on 28 May. His first official appearance will be at the Youth Choir’s pre-tour “Farewell” concert on 29 May in Wellington.

The Trustees are looking to Arne to lead Choirs Aotearoa into its next phase of development – supporting the growth in the reach and impact of the wonderful music that our artistic team and singers produce. His understanding of and passion for the performing arts will be a great asset for Choirs Aotearoa New Zealand Trust.