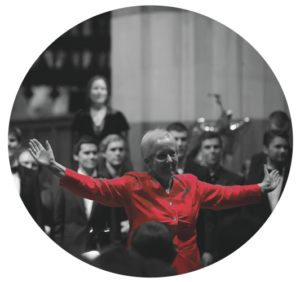 LOVE VOICES is the first multi-concert package offered by VOICES and programmes feature inspiring New Zealand composers, the world premiere of a new commission by Victoria Kelly, delightful French music and well-known Baroque classics in a concert with the Auckland Philharmonia Orchestra.

The season opens with the immersive surround sound experience that is Jack Body’s Passio at Auckland Arts Festival on Sunday 19 March where the audience wanders freely around and through the performance area to fully absorb the resonances of musicians and singers.

“It’s been our dream for a long time to share this wonderful ensemble with more New Zealanders on a more regular basis.”

VOICES artistic director Karen Grylls is thrilled with the programme for 2017 saying it allows the choir to “flex its artistic muscle. It will challenge our singers to embrace the different choral sounds and textures from the Baroque to today. Performing works by our contemporary New Zealand composers, including a commissioned work from Victoria Kelly to commemorate the WWI centenary is a real privilege for us.”

For more information about the 2017 programmes and LOVE VOICES click here.