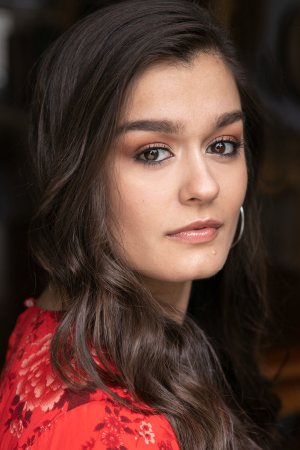 Natasha Te Rupe Wilson (Te Arawa, Ngā Puhi), soprano, has a Bachelor of Music, (Honours,
first-class), majoring in classical vocal performance, from the University of Auckland. From
2018 – 2019, Natasha was based in San Francisco, where she completed her Post-Graduate
Diploma in Vocal Studies, at the San Francisco Conservatory of Music, under the tutelage of
César Ulloa.
Natasha made her professional debut with New Zealand Opera, and was a Dame Malvina
Major Emerging Artist with the company in 2018. Natasha was a member of the Kiri Te
Kanawa Foundation’s mentoring programme in 2016, and has been supported by the
foundation ever since.
Natasha was recently based in Pittsburgh, PA, as a 2019/20 Resident Artist with Pittsburgh
Opera. Natasha made her United States, mainstage debut, with Pittsburgh Opera, as Rosalba,
in their 2019 production of Catan’s, Florencia en el Amazonas. Natasha also played the role
of Morgana, in the company’s 2020 production of Handel’s, Alcina.
Throughout 2021, Natasha has been performing throughout New Zealand, performing the
role of Lisa, for Days Bay Opera’s La Sonnambula, and Purea, in the world premiere of Tim
Finn’s, Ihitai ‘Avei’a – Star Navigator, with New Zealand Opera. Most recently, Natasha
performed the role of Zerlina, in Wellington Opera’s production of Mozart’s, Don Giovanni,
as well as the role of Marzelline, in the Auckland Philharmonia Orchestra’s concert
performance of Beethoven’s, Fidelio.