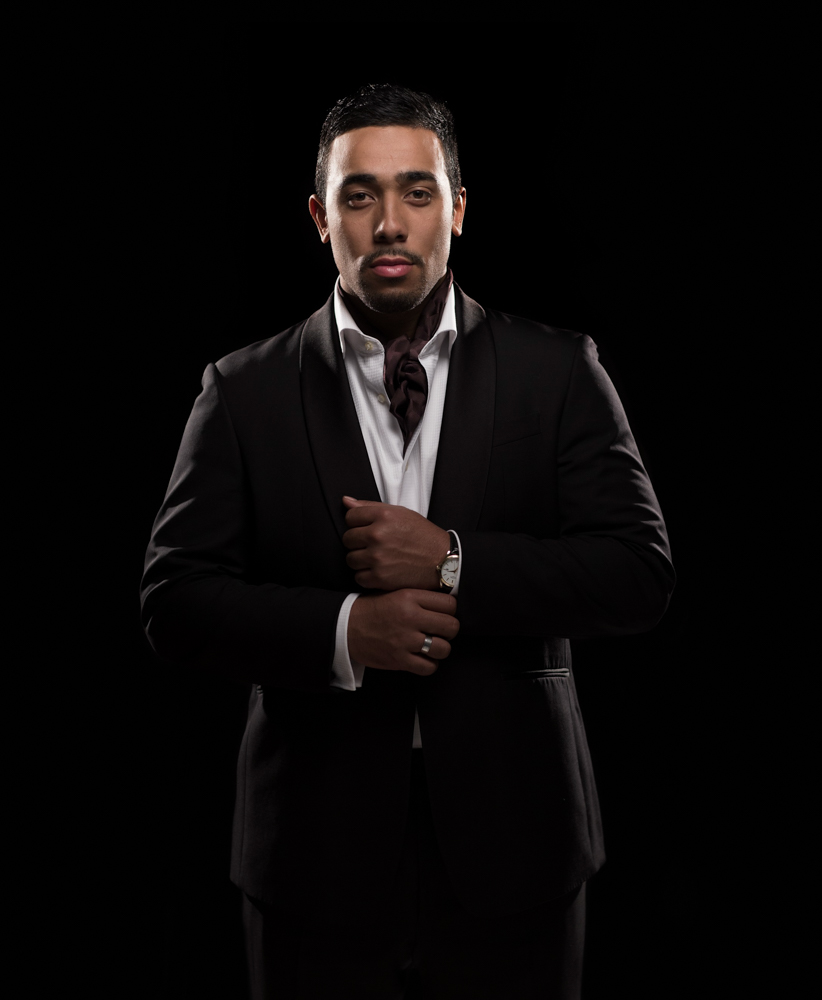 Made up of two tenor brothers, Pene and Amitai Pati from Mangere, and their North Shore baritone cousin Moses Mackay, SOL3 MIO is the combination of three powerful and moving operatic voices, with more than a dash of uncontainable Samoan humour. By their own definition they are first and foremost  ‘classical singers  bridging the gap with contemporary’ , but the unique way in which they do it has already shown the potential to cut through the critical cognoscenti, and appeal to audiences who wouldn’t normally be found anywhere near an aria. Their onstage brotherly bonhomie, off the cuff banter  and impeccable comedic timing is no act, simply an extension of their natural selves, and the culmination of a lifetime’s worth of singing, performing and entertaining.

In some respects their backgrounds are typical – families moving over from Samoa to seek a better life in New Zealand and having to make sacrifices in the process, as well as finding value in music, choirs, hard work and an ability to see the absurdity in life. However, what they have made of these solid, but modest, beginnings is anything but average. Amongst their numerous awards and accolades Pene was the 2010 NZ Performer Of The Year, Amitai won the 2012 Lexus Song Quest and Moses was recognized as an Emerging Artist by the Dame Malvina Major Foundation last year.  Though all three have studied for Bachelor Of Music graduates from the University of Auckland, the foundations of the stagecraft that they have added to exceptional raw talent, also comes from a crammed musical CV that spans everything from weekly childhood performances in rest homes, to backing George Benson. It was when Moses and Pene sang in the choir behind Andrea Bocelli in 2008, that their eyes and ears were fully opened to the possibilities of opera, setting them on a course that would lead to the formation of SOL3 MIO, three years later.

Performing together as a trio at Pene’s farewell, after he had been selected to attend the prestigious Wales International Academy Of Voice, an audience member piped up and suggested they should form a group – laughed off at the time, the idea took hold. Within a year, all three had been individually chosen to go to Wales for tuition under the highly esteemed Dennis O’Neill – an incredible opportunity but also one with a combined cost of over $100,000. Rolling their sleeves up, they launched SOL3 MIO with a series of fundraisers, that began with high stress in a half filled hall in Massey High School, and concluded with a triumphant show at a sold out Auckland Town Hall in October 2012 – funds sorted. Now with a self-titled album of their work, beginning naturally with the eponymous Neapolitan song, and ending with a rousing We Are Samoa, the stage is set for the next chapter in what is already, an extraordinary story.

It wouldn’t be an exaggeration to say that these three effervescent performers, live to sing and they do it with a passion that is rare and irrepressible. Bringing the realness to opera, and breaking down the perceived barriers and stereotypes of the music, as well as breathing new life into time honoured classics – their desire to share, entertain and inform, and the easy manner in which they go about it, is positively infectious. The family honed, onstage humour, and natural Samoan vivacity and pride, is certainly a point of difference, but the real ace in the hole is those remarkable voices that soar individually, and stun collectively.  With natural musicality, that indefinable phenomenon of kindred voices in unison, an ever present twinkle in their eye, and crucially years of hard study and coaching – SOL3 MIO quite simply have the potential to bring a whole new audience to the music they have devoted their lives to.